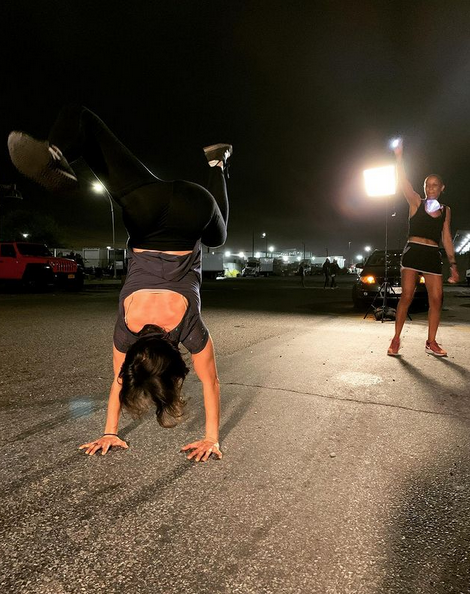 Just a blurb about what is happening with the people we got to know in season 1 of “The Vow.”

Mark and Bonnie are still married and living in Portugal. Mark has said in an interview (that I can’t find, damn it) that being a whistle blower sucks. The people that are still in are mad at you and the people that just got out are mad at you, too. Plus, there is the controversy over whether or not Mark was a good guy or a villain depending on which documentary you watched and preferred. I am recapping “Seduced: Inside the Nexivm Cult” so I hope to get into that. I have my opinions, of course. His and Bonnie’s websites:

Sarah and Nippy are living in Vancouver and had another baby. They have said on Instagram that they are on Cameo and are making the best of a bad situation. Sarah also wrote a book about her experience in Nxivm, “Scarred: The True Story of How I Escaped NXIVM, the Cult That Bound My Life.” I’d link it, but Amazon was giving me a hard time.

Emiliano Salinas distanced himself from Keith after he was arrested. I read on Wiki that it was at the urging of his father.

Toni Natalie has given many interviews that you can find online. She also wrote a book, “The Program: Inside the Mind of Keith Raniere and the Rise and Fall of NXIVM.”

Barbara Bouchey is moving on with her life as far as I can tell. She attended Keith’s trial and gave a victim statement, but I haven’t found any interviews with her doing a quick search on the web. Anything I found out about her post-Keith’s arrest I found on the Frank Report. He doesn’t allow direct links, sorry.

Keith Raniere wrote a long and rambling call to action letter, that was posted on the Frank Report:

“How can this be? Innocent defendants — very innocent — pleading guilty, cooperating, and being convicted? The answer is simple: hate. I am innocent. Sadly, in the end, the jurors accepted the hate of the prosecutors who, in turn, had taken up the hate of the opposition.”

He was sentenced to 120 years, by the way, for a multitude of charges. He’s going to appeal that, of course. I don’t know if the Bronfmans are still paying for his legal defense. In his call to action letter he appealed to someone to take up his case.

“I need at least one experienced, vociferous, unrelenting justice advocate to join this effort, bring meaning and social value to this dark time, and turn the monologue of hate about my case into a dialog — a conversation — about truth. Although my personal situation is wrongful [sic] and inhumane, it has even greater consequences for anyone who is affected by our justice system — hopefully all people under the sun who would recite the pledge, “for liberty and justice for all”!”

Clare Bronfman was sentenced to almost seven years for money laundering and identity theft. Like with Keith, the judge handed down the most severe sentence he could. I read on the Frank Report that she is paying for protection in prison. God knows she can afford it.

Nancy Salzman is on house arrest and is facing up to 20 years. According to her Wiki, she “pled guilty to charges of conspiracy racketeering under the jurisdiction of the United States District Court for the Eastern District of New York.” I read (I think on the Frank report) that her apology to the court was kind of half-assed. Sort of like, sorry for the bad stuff, but we did positive things, too.

Lauren Salzman is facing up to 40 years in prison. She plead guilty to racketeering and racketeering conspiracy. She was involved in holding a young woman in captivity for two years so that’s why her potential sentence is so severe.

Allison Mack is on house arrest and living in her family’s home in California awaiting sentencing. She is facing up to 20 years, if I am not mistaken. I have read on the Frank Report that (unconfirmed) word is that she is angry and humiliated for becoming the most prominent face of the scandal. She is angry at Keith too, but she also misses him and the life they had in Albany. Before her arrest, she married Canadian actress Nicki Clyne so Nicki could stay in America. Allison has since filed for divorce.

ETA: In June of 2021, Allison was sentenced to 3 years in prison. She was facing up to 17 years, but her cooperation with authorities and remorse went a long way in reducing her sentence.

Speaking of Nicki Clyne, she started an organization called The Forgotten Ones: We Are As You. “We have brought dance, levity + light outside MDC for inmates + their families, and we continue to provide support for those society has forgotten.” But so far the only inmate they are concerned with is Keith Raniere. She and other loyal ESPians like to dance outside in front of the window of his cell. Not sure how well he can see them as I think he is housed pretty high up. Anyway, she remains devout, obviously.

It’s going to be awhile before court is reconvened, because of the CORONA virus.

Basically I suggest people read the Frank Report for updates and details if you are as obsessed as I am. Frank is always the first with any news. I will still update, too, I just don’t want to crib anymore from his site!